A new testament that architecture can thrive in both local and global contexts.

The overbearing presence of social media in nearly all aspects of daily life, meant that it was only a matter of time before Instagram, Pinterest and others will find their way of influencing contemporary architecture. The focus on representation has elevated image to the role of main communication medium, which in turn demands that visual aspects of new buildings, both inside and outside, take priority over other design considerations. Because of this new structures often instead of reacting to their immediate surroundings follow internationally fashionable trends.

As a result, these new buildings, even if attractive themselves, become gentrified, isolated artifacts lacking any relation to their surrounding often shedding unfavorable light on pre-existing structures. Architects can find themselves being forced to follow market demands at the cost of ignoring the background of their new designs.

Samsen Street Hotel, however, proves that one can create a building that functions in these both contexts: the global – virtual one and local – physical one. Designed by CHAT architects from Bangkok, it is not a new structure but a renovation of a former love motel. Being located in Bangkok old town it is surrounded by typical mess of random street advertisement, make shift canopies, food carts, garbage and omnipresent power lines delineating the streets.

Samsen Street Hotel instead of turning its back to this nondescript chaos by hiding behind tall walls and a private garden – a typical response to mundane surrounding – welcomes its dynamic, authenticity and liveliness.

On the outside, it is the way in which the new facade wraps around the existing structure of the building that is reminiscent to the way all the temporary in character structures wrap surrounding “soi” and climb on the flanking them shophouses.

This formal, structural and material duality is further underscored by application of color. Existing structure is given sturdy, solid appearance with concrete grey finish. The multi-functional facade integrating balconies, small lifts with which guests can receive their orders, balustrades and fire escape stairs, is made from steel and painted in mint green.

Grey and green are basically only colors to be found in the hotel, meaning that in spite of the relatively rich ornamentation the overall appearance of building is neither confusing nor disturbing, a significant improvement over the disordered surrounding.

Consequently, the language of the facade extends to the interior of the building: from the reception desk and various furnishings to spray painted signage inside, the same mundane vocabulary unifies interior and exterior, inside underscored by deliberate exposure of technical installation in ceiling areas.

The dialogue between the hotel and old town is not limited to its appearance. By leaving the space around the hotel empty and unfenced, an informal public square of sorts is created. This area can be readily occupied by street food carts, the true spirit of small Bangkok alleys.

The guests can immerse themselves in famous Thai “street life” by participating in authentic, because not designed, experience. Local community is directly involved with new development, as food carts serve and are managed by local population. The existing infrastructure, local small businesses are not overwhelmed by new development, but constitute a functional continuity between hotel and old town.

Samsen Street Hotel by carefully analyzing its surrounding is not only a local landmark serving its community but also a global destination point, which by relating to the roots of the place it is constructed upon eschews international trends and creates an authentic experience. 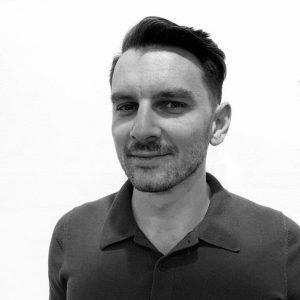