On Valentines Day, 1967, Her Majesty Queen Sirikit the Queen Mother presided over the opening ceremony of Montien Hotel. It was an auspicious day for an establishment which was to become one of Thailand’s most-loved institutions, and a historic moment in the country’s hotel industry.

In the decades that followed, Montien Hotel on Surawong Road, with its unique architectural style and interior design rich in Thai art, was one of the go-to destinations in Bangkok for international business travellers, Hollywood actors, rock stars and a host of other notable travellers. These were heady days for Montien Hotel, but with the dawn of the new century came changing tastes among key target groups such as the Millennials and Generation Z who were seeking a different experience, and the hotel graciously stepped from the spotlight.

Although Montien Hotel was no longer the life and soul of the party, its charm, history, and unique features remained. So when Montien Tantakit (Vice President) and Nussara Phoneprasert (Owners Representative) invited Conduit House, a team of professionals specializing in hospitality-oriented real estate, to propose the breathing of new life into the hotel, it was these enduring qualities that captured their imagination.

“We immediately recognized the immense potential of the hotel, such as its outstanding location, excellent service, and rich history. So when we met with the Tantakit family we proposed the concept “Revival of the Original”,” says Grant Healy (Conduit House Chief Executive Officer). “This goes beyond the renovation of guest rooms and common areas to incorporate innovation through a response to the rapidly changing lifestyles of guests and the hotel’s unique features to give it a contemporary flair.” It was a proposal that aligned perfectly with the hotel’s own vision for its future, and Conduit House was commissioned to oversee the project.

This is the story of Montien Hotel’s journey: from its inception to lifestyle hotel of today.

Carrying on the dreams of Wan, a royal carpenter

In an almost fairytale story of a loyal craftsman, Montien Tantakit tells of how his grandfather began the business over sixty years ago. In 1961, His Late Majesty King Bhumibol commissioned the construction of Bhubing Palace in Chiang Mai. The palace was designed by M.R. Mitrarun Kasemsri, and M.C. Chongkolnee Wattanawong entrusted Ko Wan, the patriarch of the “Tantakit” family, with the construction of the royal residence. He was also assigned the renovation of several other palaces, and some time later was asked to build a new mansion for M.C. Chongkolnee. On completion, she moved into the mansion, leaving her old residence vacant. And in appreciation of the honesty and integrity shown by Ko Wan in carrying out his job, she leased him the land so he could build a hotel. For Ko Wan, it was the realization of a lifelong dream.

The architectural and interior design intentions of the renowned royal architect are still reflected in the uniquely “Thai” aesthetic of the building. He named the hotel Montien, meaning royal house, which despite its majestic connotations, alludes to a house that is truly open to all, where guests feel warmly welcomed and at home. It is this reflection of Ko Wan’s exceptional character as a kind-hearted man who always sported a welcoming smile that has become the hotel’s distinctive personality, and which inspired the Conduit House team to develop the concept of “Revival of the Original”.

Reflecting a mid-1960s modern architectural aesthetic with unique façades, the Montien Hotel has two main accommodation wings. In 1967, the 200-room South Wing opened its doors to guests, followed ten years later by the 300-room North Wing. “The design of the South Wing’s façade was inspired by bamboo culm,” says Supitchaya Jing Rakpanya (Conduit House Chief Creative Officer), “while for the North Wing, the windows and the rooms form a serrated pattern between the floors. This is what makes the façades of the hotel one of a kind.” The original logo of the hotel – a lined pattern of a palace – was also designed by M.R. Mitrarun Kasemsri to align with the name “Montien”.

With its truly distinctive architectural style, Montien Hotel quickly became a landmark within the Thai capital. The hotel’s innovatively designed interior spaces also garnered appreciation from guests and Thai art connoisseurs, with truly outstanding artwork by Paiboon Suwannakudt, who, encouraged by his teacher Silpa Bhirasri, took up mural painting and became one of Thailand’s most important artists. The hotel is home to five of his paintings: one in the lobby, two in Montien Thip (Red Room) and one each in the two Imperial Suites. The murals, painted in Neo-Traditional Thai style, are of fantastical castles inhabited by gods and goddesses, sumptuous royal barges, and mythical Himavanta creatures, which juxtaposed with the hotel’s contemporary elegance, serve to create an intriguing backdrop to the hotel’s public and private spaces.

From artistic heritage to lifestyle hotel

“The Montien has a long rich history in hospitality and of course there are so many unique architectural elements and artwork,” says Healy. With this in mind, the hotel’s historic past took pride of place on the drawing board as the team carefully developed their “Revival of the Original” concept: information was gleaned from the 53-year-old Grand Opening H.M. Queen journal which revealed intriguing stories behind the design and ethos that gave the hotel its iconic reputation; hundreds of photos, slides and advertisements from Thai and foreign magazines were pored over; and interviews took place with staff who had worked at the hotel over the past 50 years, revealing a very personal insight into the hotel, its guests and its swings in popularity through the changing eras.

For the interior design team, P49 Design & Associates, preservation of the hotel’s iconic architectural features was central to their design brief, notably the sweeping marble spiral staircase and the iconic brass handrails in the Reception Hall, but so too was innovation – to meet the lifestyle of today’s discerning younger generations. The two Imperial Suites, each of which boast a painting by Paiboon Suwannakudt, will be repurposed into public spaces, so that all guests can appreciate the majestic paintings – creating the perfect rendezvous for the instagram generation.

In fact, the renovation project went through constant changes in the plan. Healy describes the entire renovation as a flowing “organic” process in which the discovery of original features informed the design process to align with modern tastes. When the team found that painted partitions in the hotel’s corridors were in fact high-quality teak, the paint was painstakingly removed to reveal the wood’s natural beauty.

“Every time we discovered original materials lying hidden, such as carved wooden partitions, brass handrails, and carvings on door frames, we tried our best to retain and modify them to today’s use. This was exactly what we had meant by “Revival of the Original”

Meanwhile, as if delivered by the hand of fate, the opportunity to repurpose the adjacent Chongkolnee Building into a trendy and affordable hotel and residence arose. Inspired by Ko Wan’s own story, Rakpanya and the Conduit House team embraced the challenge, basing the interior design concept of the building on the reuse of items from Montien Hotel. “Although the repair and refurbishment of old artefacts is sometimes more expensive than buying new ones, in the long run the older furniture wins in terms of quality, durability and the stories it tells,” says Rakpanya. Whilst the rooms are smaller than those in the original hotel, the use of distinctive pastel shades, creates a relaxed, home-from-home experience to meet the needs of discerning international travellers.

To complete the brand identity, the Conduit team collaborated with Bing Bing Deng of Bing Design, a brand and graphic specialist. After an intensive creative process, the Himavanta creatures from Paiboon’s iconic murals were chosen to be integrated into the graphics to be used throughout the hotel, from guest room walls to key cards, souvenirs and packaging. Photographer Pichan Sujaritsatit was engaged to take photos of the Himavanta creatures to be used in the production of the art work. It was a choice which again echoed the “Revival of the Original” concept, ensuring that the artist’s legacy lives on and that his art remains just as relevant within the hotel’s contemporary setting, as it did when the hotel was built.

The story of how Montien Hotel has recaptured the essence of its halcyon days shows how renovating a building in a commercial district in the heart of Bangkok does not need to begin with demolition and new construction, but can be built on foundations of history, respect for hidden values and holding on to what made the place special in the first place. Through creative design, the revival of invaluable artistic heritage and contemporary touches that meet current tourism trends, the Montien Hotel has stepped back into the spotlight as one of the city’s most sought-after lifestyle hotels. It is a story of a man who realised a dream, not just for his own generation but for a new generation of discerning travellers who are seeking a hotel with a unique identity rather one managed by a global hotel conglomerate.

The hotel is set to re-open in October and once again be proud to welcome guests to a brand new, yet reassuringly familiar, Montien. 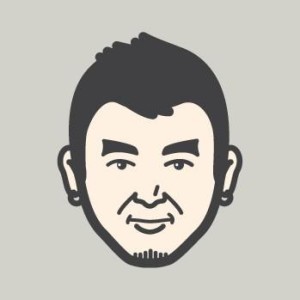