For the Love of Montien Boonma

Located in a little corner of Bangkok, Montien Atelier recounts the life and the love of the Father of Thai contemporary art.

Art for me, like writing, is a form of communication. And conceptual art, like great novels, is often built up of layers. You may see it and think in one way; but when you learn about the backstory or read between the lines, you may start to think otherwise.

That’s certainly the case for me in learning about Montien Boonma, whose name has been synonymous as the founder of Thai contemporary art. Born in 1953 in Bangkok, he studied painting at Silpakorn University before receiving a scholarship for his higher studies in Paris. The arte povera movement from the late 60s to 70s, which inspired artists to explore unconventional and recycled materials, influenced Montien to become more conceptual and experimental in style. He was a pioneer in installation art and became known one of Thailand’s first contemporary artists, until his passing in 2000. That was pretty much what I knew about him before I visited Montien Atelier.

Located on the second floor of a café – which was actually the artist’s former residence – in Ngamwongwan 25, Montien Atelier was founded three years ago by Montien’s son to serve as an educational space for students and the public who are keen to know more about this distinguished contemporary artist.

Thanks to the curatorial team, visiting Montien Atelier was like delving into the life and love of the late artist. I actually felt like reading a biography written by his son, his students and those who admire his works. The archive, comprising his sketches, prototypes and journals, is neatly and chronologically organized so that visitors can understand the ideas behind Montien’s iconic creations. They also reflect each stage of his life, the struggles he faced as well as the inspirations that strove to drive him forward.

They gave me an understanding of how he dealt with the illness and death of his beloved wife, how he healed his mind, and how he sought and found peace by making art. Going through the archive gave me a deeper appreciation of how Montien tackled the illusions of hope and the realities of life through art.

Some of his works were considered religious, but I feel that they were less spiritual symbolisms and more metaphors for faith and hope. At some stage of his life, he was just a human being who needed to find solace in religion.

Although this tiny space shed new light on the artist, one thing stays true. Montien Boonma was a visionary artist, a man ahead of his time. It’s no wonder why his techniques and ideas never cease to inspire a new generation of artists.

Montien Atelier is open between Wednesday to Saturday from 12.00-19.00 hrs. For private tour, advanced appointment is recommended at tel. 081-714-3075 or email Estateofmontien@gmail.com.

** From now until 24 November 2019, parts of Montien’s works are on view at ‘RIFTS: Thai contemporary artistic practices in transition, 1980s – 2000s‘ exhibition at BACC Bangkok. 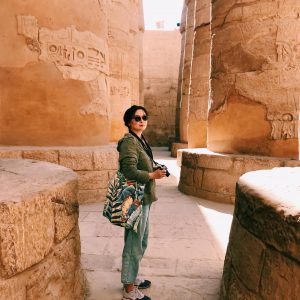 Chidsupang is the Editor-in-Chief of Kooper.co. She loves to travel and has a wide range of interests, from art and culture to psychology and productivity.