How to build a smart playground under small budget: Meet the Magic Circle concept by PAGAA

Architects in Thailand teamed up to create a model of sustainable and cost-effective playground for disadvantaged schools.

After being commissioned to design a replacement building containing 5 classrooms at Baan Wang Ree in Sa Kaeo province in East of Thailand, Jakub Gardolinski and Savitri Paisalwattana of PAGA-A (a Bangkok-based architecture firm) were motivated by the efforts of school workers to provide children with the best possible education despite scarce funding.

So, they proposed another project for the school; designing a high-quality playground for kindergarten and primary school children. It’s called the Magic Circle – an imaginary interpretation of the surroundings through children’s eyes.

During the design process, the Magic Circle workshop embraced the Affordances Theory (by James J. Gibson) as its foundation and was opened to architecture students from all over Thailand. Representatives from Silpakorn University, Thonburi University of Technology King Mongkut, Chulalongkorn University, INDA, Kasetsart University, and Phayao University had participated in this project along with a sustainable material guru and child development experts to ensure that the design is appropriate for young children in terms of their emotional, physical and social development.

With lead architects from BTA and PHTAA volunteering as workshop mentors, this project has been evolved into an incredibly cost-effective and environmentally sustainable scheme. The main materials used are “glocally” available in Thailand: soil, rope, and bamboo, which means that Magic Circle concept can be used as a prototype or a model project that can be easily repeated in other schools nationwide without incurring much cost, a need for sophisticated equipment or skilled workers.

About Baan Wang Rees School
Baan Wang Rees school is located in Sa Kaeo province in the east of Thailand at 13°52’41.2″N 102°17’16.7″E. It is supported by government funds and run by 6 teachers who take care of 2 kindergarten classes and 6 primary school classes. Students are between 3 and 12 years of age.  The local community is actively involved in running and funding the school. For example, recently completed, the small library building was entirely sponsored and built by villagers. The school is running a fruit and vegetable garden to support itself. Crops are then sold on the market or served to children for breakfast and lunch.

The Theory of Affordances in brief
‘Affordances theory’ states that the world is perceived not only in terms of object shapes and spatial relationships but also in terms of object possibilities for action (affordances) — perception drives action. For example, a table affords a possibility of sitting at, sitting on, eating at, climbing on, etc. Affordances also differ for each individual as they depend on education level, intelligence, age, fitness level, and even social context one is in. Discovering and exploring of affordances is elemental to child development. Therefore, an environment for children should create as many affordances as possible allowing them to investigate and learn. 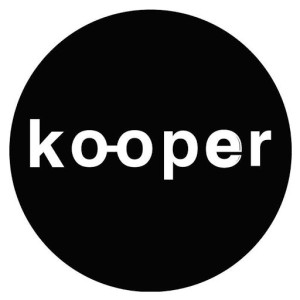