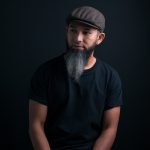 Try visiting Emsophian Benjametha’s home in Pattani province and you will be surprised how peaceful it can be. Overlooking the vast, green rice fields, his house is surrounded by his ceramic factory, his little lamb farm and a compact archery range. Everything reflects his strong belief in empowering his community.

With a background in architecture and a degree in furniture design from Paris, Benjametha returned to his hometown Pattani, one of Thailand’s southernmost provinces and home to large Muslim populations,, to empower his community through design. He founded a ceramics factory to create products from local clays. The tagline “Come from the Earth, Be with the Earth, Return to the Earth” not only reflects the brand’s character, but also expresses Benjametha’s belief based on Islamic philosophy. For people in his community, Benjametha Ceramics is both a source of income and local pride.

Send me update news of Benjametha